One of the most iconic Puget Sound experiences is riding the ferry from the mainland to the Kitsap Peninsula or one of the islands.  That has always topped my list of things to do for visitors to Seattle.  Now I have another iconic Puget Sound experience to add to that list: the Billy Frank Jr Nisqually National Wildlife Refuge.  And, to make it even better, the trail system is accessible to wheelchairs.

I have long wanted to visit this refuge, but the dawn-dusk opening hours never fit with my Seattle-Portland drives.  Finally, I simply made a special trip to the Wildlife Refuge (Exit 114 off of I-5, near Olympia), and met and exceeded expectations!

The Refuge was created in 1974 in order to protect the mammals, birds (resident and migratory), and fish at this meeting of the freshwater Nisqually River and salt water Puget Sound.  To look closely at the wildlife, as well as at the incredible scenery, you'll want to bring your own binoculars or to rent them at the  Visitors’ Center (open Wed-Sun 9-4).  There is a a large parking lot with a $3 per car charge.  Parts of trails are closed Oct-Jan for waterfowl hunting season on non-refuge land adjacent to the trail, but the estuary boardwalk is open.  Be prepared: there are a lot of people!

The Twin Barns Loop is an 1 mile level boardwalk that is entirely accessible.  It starts and ends at the Visitor's Center.  About halfway around the loop is the Puget Sound Observation Center.  This location also boasts two port-o-potties, one of which is wheelchair accessible, and it is the turn-off via the gravel surfaced Brown Farm Dike Trail to the refuge's showpiece, the Estuary Boardwalk Trail.

The accessible Estuary Boardwalk Trail travels one full mile over the delta.   When the tide is in, the trail runs over the water;  when the tide is out, the boardwalk runs over mudflats, with shorebirds hunting for food.   There are several pull-out viewing spots along the way, and the highlight is the Puget Sound Viewing Platform at the end, with views of McAllister Creek, the Olympic Mountains, Mt Rainier, and several Puget Sound islands.  The entire trail combination is 4.4 miles roundtrip, with an elevation gain of a whopping 10 feet!  Perhaps my only complaint is that the railings -- which I read were lower to allow wheelchair users to see over the top -- were, in fact, too high for me to see over easily.  Then again, I'm short!

Posted by Jenny Schmitz at 3:20 PM No comments: 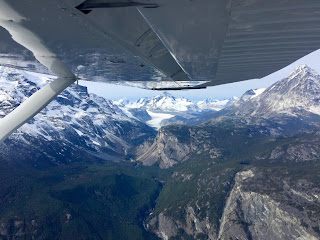 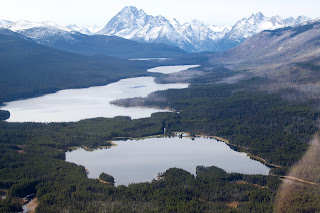 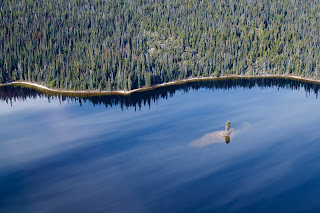 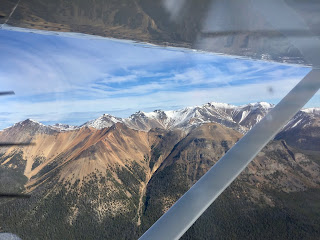 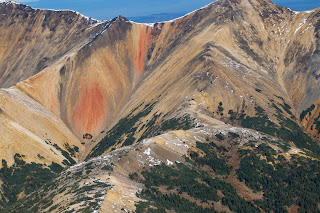 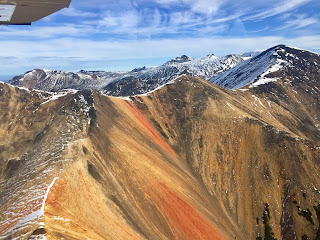 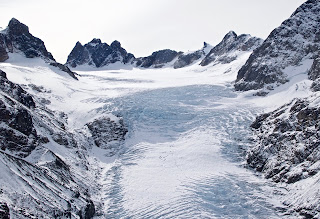 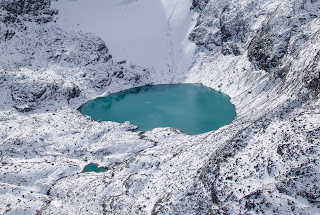 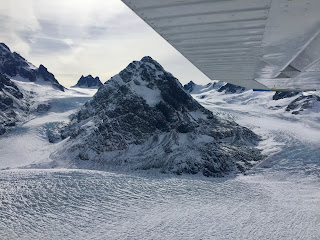 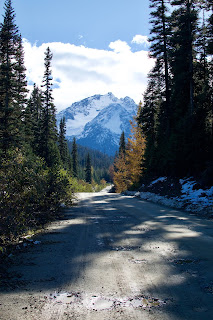 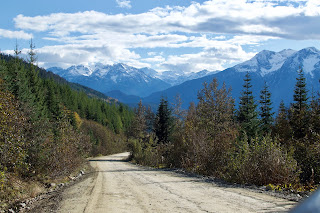 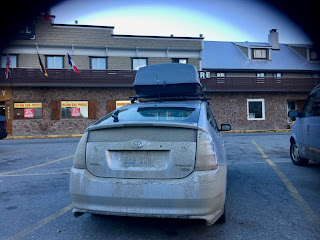 Posted by Jenny Schmitz at 6:09 PM No comments: